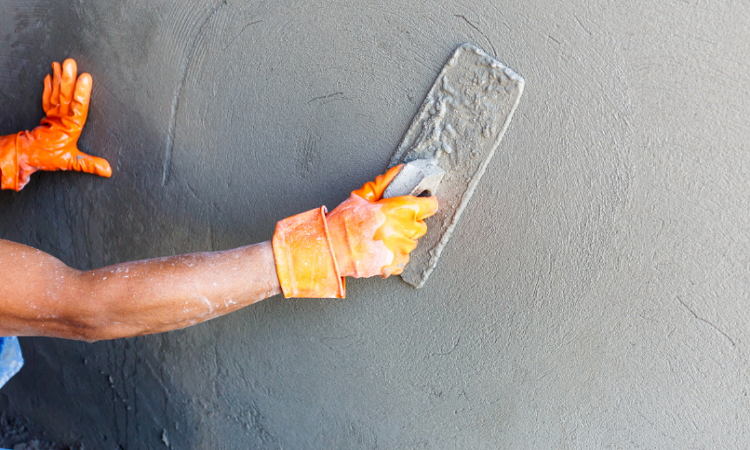 October 20, 2020April 7, 2022
Mastercivilengineer
no comment on What is Plastering Work? Plastering Tools and Their Different Uses

Plastering is a process of applying one or more coats of mortar to a concrete surface, brickwork, stone masonry, or lathing. Plaster must be durable such that it resists the penetration of moisture and should be able to weather uniformly. It should also be pleasing in appearance. These properties depend upon the materials used. Composition of the mix, degree of the mechanical bond between the backing surface, and the plaster & workmanship. Lack of bond with the backing, cracking, discoloration, and crazing of surface are principle defects in plastering. Sufficient care has to be taken to overcome these all defects.

The background is the surface to which the first coat of plaster is applied.

The development of defects in the form of one or more loose swellings on the finished plastered surface.

The development of one fissures or more fissures in the plaster surface. This can happen due to several reasons.

The development of a series of minute hair cracks in an irregular closely spaced pattern over the finished surface.

This is the lower part of the plastered wall (up to 1.5 meters above the floor) which is made more resistant than the upper part in order to protect it from the effects of water used in floor washing, dust, dirt, damage to walls due to furniture movement, etc.

This is the process of filling the voids, cracks, or hollow spaces present in the solid wall before applying the plaster.

The patches of plaster when scaled off either due to lack of adhesion or failure of bond with the undercoat is called flaking.

The mixing of various constituents of plaster in proper proportions is called gauging.

This is the process of roughening of solid backgrounds to provide suitable mechanical bonds or key for plastering.

These are the indentations or corrugations on the surface of the undercoat or background on which the plaster is applied to form a mechanical bond with the surface and/or with the previous layer.

The thin layer of cement which forms sheen over the freshly laid concrete when subjected to excessive trowelling.

This results from separation of the plaster from the background.

These are base coast applied under the finishing coat. These undercoats are applied to provide a smooth, uniform, and sound finishing surface for receiving the final coat. The first coat is usually applied by dashing against the wall and is termed as rough under a coat of plastering. The next coat is applied later with mason’s trowels and is made fairly smooth.

This trowel is used for gauging small quantities of materials and for applying plaster on mouldings, corners, etc. this is available in sizes varying from 15 cm to 45 cm in length. The tip of the steel blade of this trowel is either pointed or bull-nosed.

A float is a tool used for spreading the mortar on the surface. A wooden float, similar to a laying trowel, is used for the final or finishing coat of plaster. This wooden float is also known as the “Skimming Float”. The size of a float is about 30 cm X 10 cm and thickness is about 10 mm.

The ordinary metal float is also known as laying trowel. This trowel is used for laying the material and trowelling so as to get the desired finish. The blade of this metal float is made of tempered steel and is of about 30 cm X 10 cm in size. The float which has got nails projecting by about 3 mm from the surface is known as “Devil Float”. This float is used for scratching the plastering surfaces to make indentations so as to give a good mechanical bond with the subsequent coat.

This tool has a rule which is used to check the level of the plastered surface between the successive layers.

This tool used in forming the layer of plaster perfectly in a vertical plane. This also helps in controlling the thickness of the plaster.