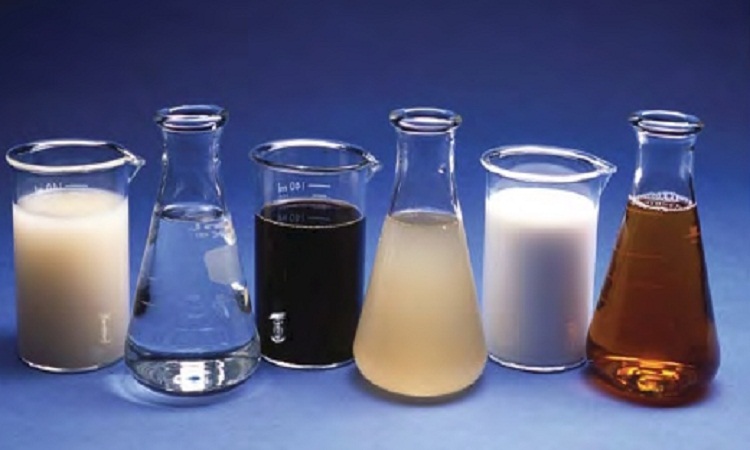 February 27, 2021March 2, 2021
Mastercivilengineer
no comment on Chemical Admixtures – Its Types, Advantages, and Disadvantages

Chemical admixtures are the ingredients in concrete other than Portland cement, water, fine aggregates, and coarse aggregates that are added to the mix immediately before or during mixing concrete.

Producers utilize chemical admixtures to reduce the cost of concrete construction; to modify the properties of hardened concrete; to ensure the concrete quality during mixing, transporting, placing, and curing; and to control certain emerging during concrete operations.

Successful use of chemical admixtures depends on the use of appropriate methods of batching & concreting. Most admixtures are supplied in ready-to-use form and are added to the concrete at the job site.

The effectiveness of chemical admixture depends on different factors including; type of cement, cement content, water content, mixing time, slump, and temperature of the concrete and air.

Sometimes, effects similar to those achieved through the addition of chemical admixtures can be achieved by altering the concrete mixture-reducing the water-cement ratio, adding additional cement in concrete, using a different type of cement, or changing the aggregate & gradation of aggregate.

Effect of Chemical Admixtures on Properties of Fresh Concrete

The slump of the concrete mix can be greatly increased if a chemical admixture (plasticizer) is used.

Retardation of concrete is generally measured by the time taken for concrete to reach a particular value of penetration resistance. If an admixture is used to achieve retardation then the improvement in retardation is measured as a difference between the stiffening rate of a reference (without admixture) mix and the mix containing the admixture.

Retardation of the concrete mix using a suitable admixture could be very useful when large concrete pours are carried out in high ambient temperatures. High temperatures hasten the setting time of concrete resulting in difficulty in compaction thereby causing cold joints between the subsequent layers of concrete. It can result in porosity and problems related to loss of strength and durability.

Retardation of the concrete mix using an admixture prevents the formation of cold joints as the lower layer of the concrete will not stiffen till such time as the subsequent layer is placed and compacted over it. Plasticizers having retardation characteristics, if used in a concrete mix, can help in extension of the setting time of concrete and thereby help in placing and compacting concrete in a massive pour in warm/hot weather conditions.

However, retardation has little effect on the workability loss. Workability of concrete with retarding chemical admixture will drop at the same rate as reference or control mix until a slump of 50mm to 75mm is reached. It is only around this level and below that retardation affects workability loss.

The best way to get the required workability at the time of placing and compacting is by starting at higher workability. In order to achieve this, there are different ways. Additional water if added will improve the workability but the strength and durability of the mix will be seriously affected. It is therefore very important that workability improvement shouldn’t be done at the sacrifice of the strength and durability requirements of concrete. This can be achieved by using admixtures which improves the workability significantly without a change in the water-cement ratio or cement content.

If the concrete mix is designed for higher workability it will take a long time before the workability falls below the required target value for placing and compacting the concrete.

Effect of Chemical Admixtures on Properties of Hardened Concrete

It is also observed that W/C reduces if a plasticizer is added to a concrete mix without a change in the workability of the mix. It is a well-known fact that. The lower the W/C, the lesser is the permeability of concrete. This results in less ingress of moisture, chlorides, and other aggressive chemicals as the capillary pores are smaller and get blocked faster when the W/C is low.

Besides, due to the reduction in W/C, the strength is increased. Concrete with higher strength is more resistant to carbonation.

The use of plasticizers also improves the freezing and thawing resistance of concrete.

Reduction of Heat of Hydration

A reduction of cement content results in a reduction of the heat of hydration and thereby problems associated with it are reduced. If a plasticizer is used in concrete, the cement consumption can be reduced without a change in W/C or reduction in strength.

Drying shrinkage cracks are generally caused due to loss of water from the capillary pores smaller than 0.5 micron, loss of absorbed water from close to a solid surface, or loss of water present between the layers of calcium-silicate hydrate (C-S-H) structure.

The loss of water causes strain and the resultant stress due to volume reduction. If this stress is greater than the concrete strength, then drying shrinkage cracks are caused.

However, there have been no studies to establish any serious adverse effects on concrete shrinkage and creep if the dosage of the plasticizer used is within its allowable limits.

The Adverse Effects of Excess Use of Chemical Admixtures in Concrete

Previous article
How Were the Pyramids of Egypt Built?
Next article
The Great Sphinx of Giza – Conservation, and Restoration of the Sphinx