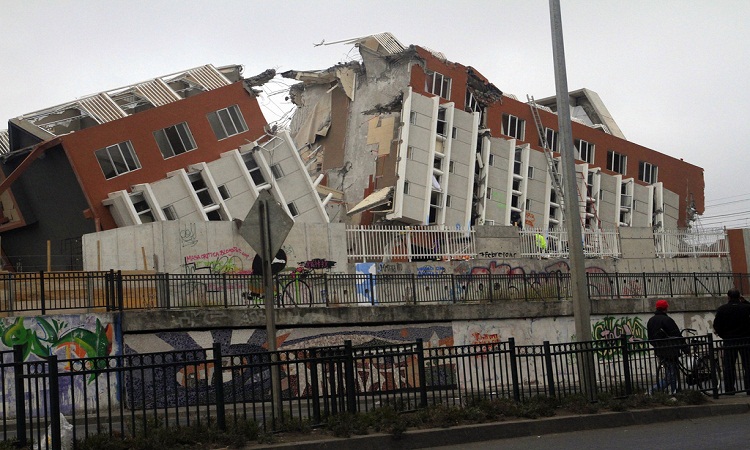 August 25, 2020January 17, 2021
Mastercivilengineer
no comment on Earthquake Resistant Design and Detailing of Structures

Damage of earthquake depends upon many factors like intensity, duration & frequency content of the ground motion, geologic and soil condition, quality of construction, etc. some sociologic factors are also important, such as time of the day of the earthquake occurrence, density of population.

Earthquakes have been the cause of great disasters in the form of destruction of property and injury and loss of life. Earthquake is the only hazard in which loss of life is done due to man-made structures so properly designed buildings can prevent loss. So it is necessary to know the type of earthquake and to construct earthquake resisting buildings it is also necessary. It is necessary to know that the building, which is constructed, is in which zone. The zone is an area in which an earthquake of some particular value of intensity and frequency occurs. The zone is depends upon the frequency and intensity of the earthquake. In Indian, as per IS code, there are 5 zones.

Need of a Good Design Concept

Sometimes it happens that the building does not collapse in a major earthquake is a collapse in after-shock. So it is necessary that the building be well designed with proper detailing. A significant characteristic of a good design concept is the idea of ductility. Proper detailing is as important as the need for a good design concept, in which detailing members and their connections to achieve the requisite strength and ductility. The aim of such detailing is to prevent non-ductile failure.

Experience and observation both have shown that correctly designed, detailed, and constructed reinforced concrete building structures can provide the required strength, stiffness, and inelastic deformation capacity to perform satisfactorily under severe earthquake loading.

The following are the objectives of earthquake-resistant design and detailing of structures.

The building configuration means the shape, size, and proportions of the three-dimensional form of the building. In addition to this, the configuration includes the location, shape, and approximate size of the major structural elements. An important feature is a regularity and symmetry in the overall shape of a building. The regular configuration is optimum or ideal with respect to detailing with lateral forces. A building shaped like a box, such as rectangular both in elevation and plan, is inherently stronger than that is U-shaped or L-shaped, such as a building with wings. An irregularly shaped building will twist as it takes shakes, increasing the damage of the building.

In short, the structure that is symmetrically ideal has the following characteristics.

If the height-to-width ratio is more the tendency to overturn is increased while low height-to-width ratio minimizes the tendency to overturn. Equal floor height provides equal column/wall stiffness. Due to the symmetrical plan shape, it reduces torsion while an unsymmetrical plan increased torsion. Therefore it is desirable to restrict the length of a block to three times its width uniform section and elevation eliminates stress concentrations.

In many cases, the failure of buildings in an earthquake has been attributed to poor quality of construction, substandard materials, poor workmanship, e.g. inadequate skill in bonding, absence of “through stones” or bonding units, and inadequate and improper construction.

The following are the main weakness in the unreinforced masonry constructions and materials and other reasons for the extensive damage of such buildings.

Small Things to Be Remember

The study of the minor cares in the design & construction can be best studied under the following five heads.

In Design of Footing

In Design of Column

In Design of Slab

In Design of Beam

In Design of Wall

Ductility can be explained as the “ability of the material to undergo large deformations without rupture before failure.”

Ductility in concrete is explained by the percentage of steel reinforcement within it. Mild steel is an example of a ductile material that can be twisted and bent without rupture. Member ductility or structural ductility is also defined as the ratio of absolute maximum deformation to the corresponding yield. This can be defined with respect to strains, rotations, curvature, or deflections. Strain based ductility definition depends on the material; while curvature-based or rotation ductility definition also includes the effect of shape and size of the cross-sections.

Ductile detailing is provided in structures so as to give them adequate toughness & ductility to resist severe earthquake shocks without collapse.

Ductile detailing is provided for the following structures.

The performance criteria in most earthquake code provisions require that a structure be able to as below:

Following certain simple design details such as can ensure a sufficient amount of ductility:

Flexure members of lateral force resisting ductile frames are supposed to yield at the design earthquake load. To ensure proper development of reversible plastic hinges near-continuous supports where they are usually developed in such members.

The longitudinal bars shall be spliced, only if hoops are provided over the entire splice length, at a spacing not exceeding 150 millimeters.

For confining the concrete and to support longitudinal bars,

To avoid the probability of spalling of concrete cover under large reversed strains.