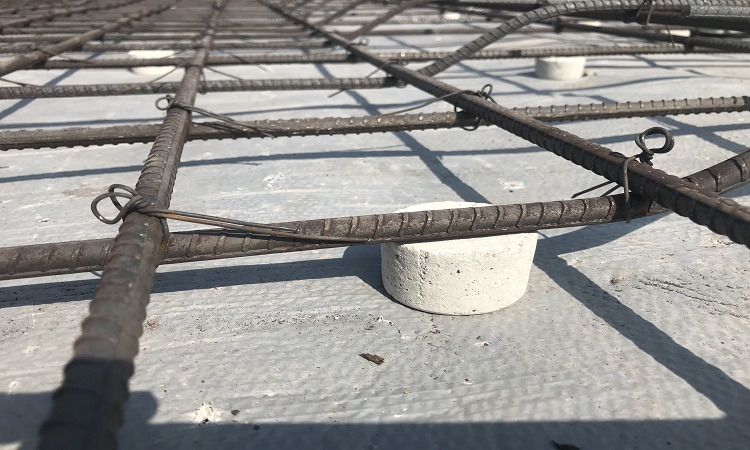 Cover to reinforced concrete is the minimum thickness of concrete provided over the reinforcement steel, measured from the exposed concrete surface to the closest reinforced steel surface. Concrete is needed to cover and protect steel reinforcement within its body. The concrete cover is often subjected to impact, wear, and access to moisture along with other chemicals. The cover should therefore be strong, wear-resistant, and dense, and have low permeability. Concrete in the cover region plays an important role in the durability of the structure.

To achieve good durability, it is of utmost importance to have the following requirements for concrete in the cover region.

The following factors are responsible for poor quality of concrete cover.

Poor construction practices, methods, and supervision are mainly responsible for the poor quality of concrete cover, resulting in loss of durability of the reinforced concrete structure.

The following factors are responsible.

Carbon dioxide (Co2), along with moisture and oxygen in the atmosphere, forms carbonic acid which attacks the concrete surface and causes carbonation resulting in a drop in alkalinity of concrete at the surface. The depth of penetration of carbonated concrete will mainly depend on the grade of concrete. Carbonation goes beyond the concrete cover.

It is clearly evident from the above table that carbonation time (years) reduces as the water to cement (W/C) ratio increases for a constant cover thickness. This table applies to ordinary Portland cement, sand, and gravel aggregates.

These factors are as follows:

Concrete cover and tolerances specified by various codes of practices vary over a fairly wide range. Some codal provisions followed in different countries and given below to give an idea of variations amongst different standards.

The table below gives the requirements of cover as per ACI – 95. Although, it is clear that the amount of concrete protection has to be appropriately improved in corrosive or other severe environments while utilizing this table.

The BS 8110 (Part I) 1997 specifies the nominal cover based on exposure conditions (mild to most severe), maximum free water-cement ratio (W/C), minimum cement content, and lowest grade of concrete. In fact, amongst all standards, BS specifications seem to be most logical and appropriate, as it takes into account all important factors which are related to cover.

Previous article
Different Types of Cover Block/Spacers at Construction Site
Next article
What is Compaction of Concrete? Its Methods, Guidelines, and Duration