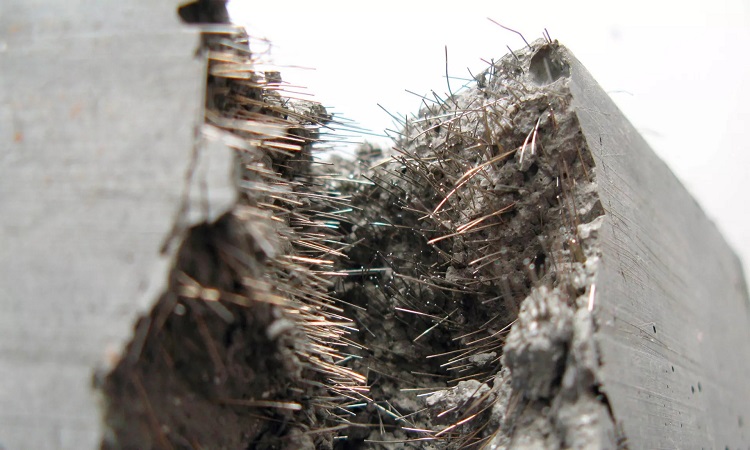 The followings are the factors that affect the properties of Fiber Reinforced Concrete:

Fibers such as nylons, and polypropylene with low modulus of elasticity require strength improvement, but they help in the absorption of energy.

It is the ratio of the length of the fiber to the diameter of the fiber. It is an important factor that influences the properties and behavior of the composite.

The aspect ratio is utilized to represent the amount of fiber surface against the concrete mix. It has been reported that aspect ratio beyond 75, relative strength, and toughness are reduced.

The volume of Fiber used

The strength of the Fiber Reinforced Concrete will largely depend on the quantity of fibers present and utilized in it. The larger the volume of fiber, the more will be the strength & toughness of the mix.

The use of a higher percentage of fiber is likely to cause segregation and harshness of concrete. A steel fiber content is restricted to 2% by total volume.

Orientation of Fiber in Concrete Matrix

To see the effect of randomness, the volume of fibers was tested. It was observed that the fiber aligned parallel to the applied load offered more tensile strength and toughness than randomly distributed or perpendicular fibers.

The use of fibers in concrete mix reduces the workability of the concrete. Another consequence of poor workability is the non-uniform distribution of the fibers.

So, the workability of concrete can be improved by increasing the W/C ratio or using water-reducing admixtures.

The maximum size of the coarse aggregate should be restricted to 10mm, to avoid a reduction in the strength of the concrete mix. Fibers are also in effect and act as aggregate.

Mixing of Fiber Reinforced Concrete needs careful conditions to avoid segregation and the difficulty of mixing the materials uniformly. The steel fiber content above 2% by volume and aspect ratio of more than 100 is difficult to mix.

The fibers must be dispersed uniformly throughout the mix; this can be done by the addition of the fibers before the water is added.

An increase in the aspect ratio, volume percentage, and size and quantity of coarse aggregate increases the difficulties.

Fiber Reinforced Concrete has many advantages and a few disadvantages. The composition of the fibers in concrete also changes the properties of the pour, so using fiber-reinforced concrete gives you some flexibility. The most utilized reinforcements have advantages like reduced cracking from shrinkages, added strength, and higher load-bearing capacity. Synthetic reinforcing fibers in concrete have been used in marine environments and other extreme conditions. Glass fibers give strength without carbon’s brittleness. Concrete reinforcement often uses composite fibers to take advantage of different properties of materials that combine well. Bridges, tunnels, and dams all make use of fiber-reinforced concrete in their construction.