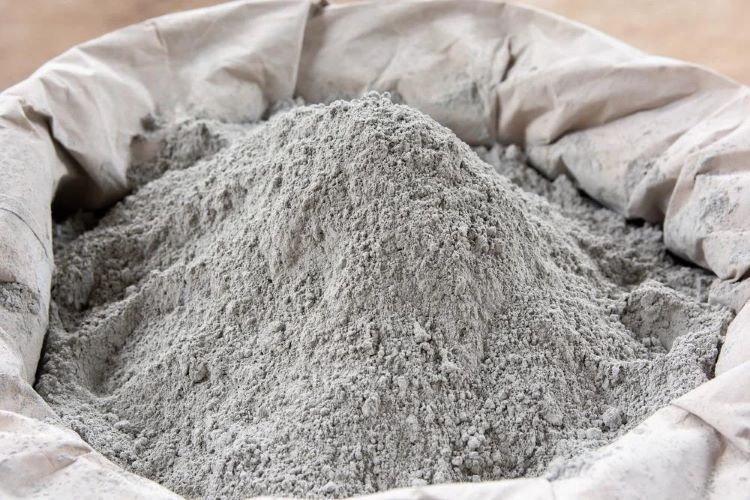 The Impact of Cement’s Composition

The mineral composition of cement and its ratios are the main factors affecting the setting and hardening of the cement. Different mineral components will reveal distinct characteristics when reacting with water. For example, the increased content of C3A can speed up the setting & hardening rate of cement, and the heat of hydration is high at the same time.

The Mixing Amount of Gypsum

Gypsum is known as the retarding agent of cement which is mainly utilized for regulating the setting time of cement & is an indispensable component. In absence of gypsum, cement clinker can condense immediately by mixing with water & releasing heat. The primary reason is that C3A in the clinker can dissolve in water quickly to produce a type of calcium aluminate hydrate, a clotting agent, which will destroy the normal use of cement. The retardation process of gypsum is when cement is hydrated, gypsum reacts with C3A quickly to generate calcium sulfoaluminate hydrate which deposits and forms a protection film on the cement particles to hinder the hydration of C3A and delays the setting time of cement.

The Impact of Cement’s Fineness

The size and shape of cement particles directly affect the hydration, setting and hardening, strength & heat of hydration.

The finer the cement particles are, the larger the total surface area is & the more significant the area of contact with water is. Due to this, the hydration will be quick, the setting and hardening will be accelerated correspondingly, and the early strength will be high.

However, if the particles of cement are too small, it is easy for them to react with the water and the calcium dioxide in the air to destroy the storage of cement. If the cement particle is too fine, its shrinkage is large in the hardening process. Due to this, the finer the cement is ground, the more energy will lose, and the higher the cost will be. Commonly, the grain size of the cement particles is within 7-200pm (0.007-0.2mm).

The Impact of Curing Conditions

The curing environment has enough temperature and moisture which is conducive to the hydration & setting and hardening process of cement and benefits the development of early strength. If the moisture in the environment is dry, the water in the cement will evaporate, leading to insufficient hydration and ceasing of the hardening. Serious cracking will happen sometimes.

Normally, the temperature rises at the time of curing, and the hydration of cement and the development of early strength become fast. If the hardening process occurs at a low temperature, the final strength will not be affected though the development of the strength is slow. But if the temperature is below 0ºC, the hydration of cement will stop, and the strength will not only stop growing but also destroy the structure of the cement paste due to the condensation of water.

In projects, the setting & hardening process of cement products is accelerated by steam curing and autoclave curing.

The Impact of Curing Age

The hydration and hardening of cement are ongoing processes over an extended period. With enhancing the hydrating degree of various clinker minerals in cement particles, gels will grow & capillary porosities will decrease, which enables the strength to rise with the increase of age. It is proved that cement develops rapidly within 28d & slowly after 28d.

If the cement consumption is unchanged, the increase in the mixing water content will enhance the number of capillary porosities, lower the strength of the cement paste, and extend the setting time. Therefore, in actual projects, the amount of water & cement will be changed without modifying the water-cement ratio (the minimum content of cement is regulated to ensure the durability of concrete) when the liquidity of cement concrete is adjusted.

The Impact of Admixture

The Impact of Storage Conditions

The improper storage will expose cement to moisture content. Slow hydration & carbonization will happen due to the impact of the water and CO2 in the air, even though the storage is good.

The term ‘Setting’ is utilized to describe the stiffening of the cement paste. The setting of cement refers to changes of cement paste from a fluid to a rigid state. For concrete setting is defined as the phenomenon by which it acquires its shape as per the mold support, this is the state from which it enters to amorphous state from the plastic state. During the setting state, if we remove support, it will hold its position for a while but after some time internal cracks and deformation start to surface.

The term ‘Hardening’ refers to the gain of strength of a set cement paste, although during setting the cement paste acquires some strength. Hardening or stiffening happens after setting the state. This is the phenomenon by which hydration of silicate compound occurs in concrete, which means it gains strength. After stiffening of the concrete if we remove the support, the concrete can hold its shape without cracks and deformations.