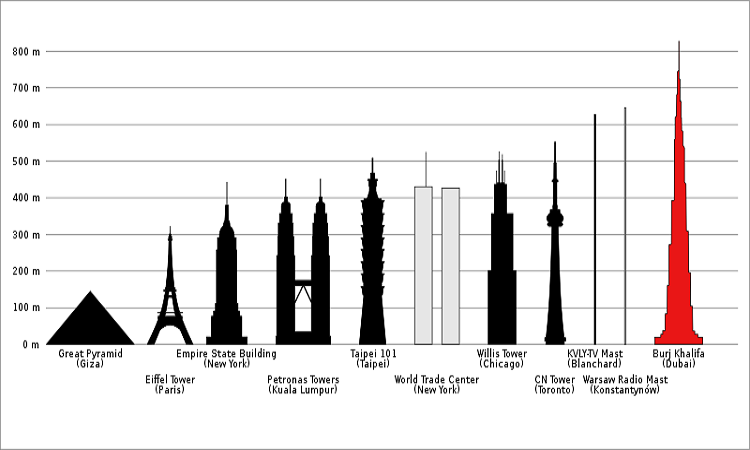 August 22, 2020January 17, 2021
Mastercivilengineer
no comment on Principles and Practices Followed in the Design and Execution of Tall Buildings

At this stage, Structural Engineer closely works with the Architect and Client representative to the understand objective of the tall building. This stage structural engineer works on a broad concept to transfer loads safely to the foundation, constructability, and economics.

The key decision freezes at this stage are

The second stage of the tall building project. The key objective of this stage is to generate drawings and quantity estimates for the tendering process.

At this stage, a detailed 3D Computer analysis model is generated in leading software ETABS, SAP2000.

Geotech investigation agency is appointed to carry out soil exploration at the site. Geotech consultant recommends the type of foundation, allowable bearing capacity, and stiffness for the Soil-Structure interaction model.

A typical wind-tunnel test to evaluate structural loading on a building consists of the following steps:

The overall slenderness of a tall building is usually defined by its aspect ratio also called the “Height to the base ratio” which is the height of the building divided by its narrowest plan dimension. Preferably the value of aspect ratio is less than 7. The aspect ratio of the world’s second-tallest building “Shanghai Tower” with height 632m is 7. Tall buildings with aspect ratio above 8.

The lateral load resisting structure also referred to as the lateral stability system consists of all structural elements which form part of the load path for transmitting the lateral effects of all loads (wind, earthquake, eccentric gravity effects, and unbalanced lateral earth pressure load) from their sources to the foundation. These elements typically include walls, vertical truss, beams, columns, and floor diaphragms.

The effects of wind on lateral load resisting structure can be considered in two parts, namely:

The general principle behind the efficient design of the lateral load resisting structure of tall buildings is to engage the perimeter structure with the core within the constraints of planning and architecture. By effectively engaging the perimeter gravity columns the structural width of the lateral load resisting structure is increased dramatically. Also as the perimeter columns are preloaded in compression due to gravity loads, they can resist wind-induced tensions very economically. Adjacent cores are often engaged together with “header beams” allowing the core boxes to act in a compound manner in resisting the lateral loads. i.e. to a develop “push-pull” couple over their cross-sections rather than simply bending independently. The perimeter columns can be engaged with the core by either direct or indirect “shear linkage” elements. The direct shear links can be provided by outrigger walls connecting the core and the columns. The indirect shear links can be provided by belt walls, offset outriggers. The figure shows the direction of lower impact wind direction which is along with one of the noses. Both this information was integrated to orient tower resulting in the most economical design.

The tall building design is governed by wind loading. The following strategies are used to manage wind loading in a tall building in Dubai prevailing extreme wind direction is North-West. This can be observed in the Google map for Dubai Airport runway orientation. The direction of lower impact wind direction which is along with one of the noses. Both this information was integrated to orient tower resulting in the most economical design.

Concrete provides the following advantages in the tall buildings.

For 80 Storied Tower with total Gross Floor Area 130,000 m2, Concrete volume will be in the range of

The pillar for completion of the tall building project is integrated collaboration among multi-discipline. Tall building Design involves broadly three stages, Concept Design, Preliminary Design, and Detail Design. An idealized 2D beam model of the building will give sufficient results for the preliminary design. An increase in height of the building provides an opportunity to innovate new Lateral Load Resisting Systems (LLRS). The lateral load resisting system which is most viable for 300 m tall towers does not suffice for the 600 m tall tower. Using various strategies to manage wind load on the tall buildings may reduce overturning moments at the base by around 25% on tall buildings giving overall cost savings. Inherent mass, damping, durability, and fire resistance of structural concrete makes it the most suitable material for the Tall Buildings.