What is Plastic Cracking of Concrete? Its Occurrence, Causes, and Preventive Measures 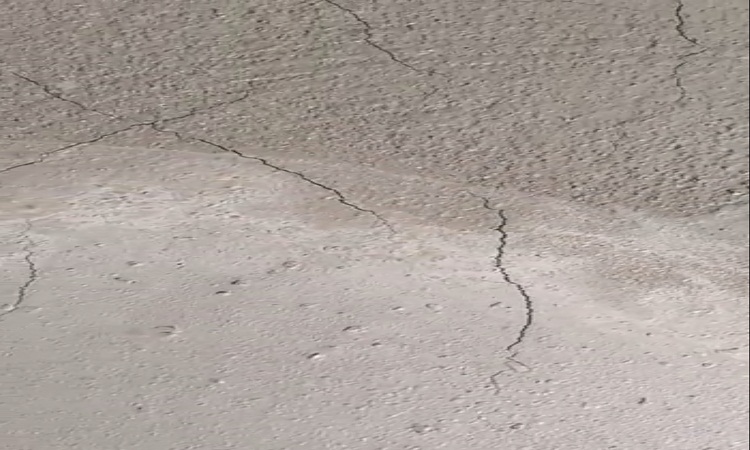 What is Plastic Cracking of Concrete? Its Occurrence, Causes, and Preventive Measures

May 9, 2021May 9, 2021
Mastercivilengineer
no comment on What is Plastic Cracking of Concrete? Its Occurrence, Causes, and Preventive Measures

Plastic cracking of concrete occurs when the concrete has just laid and finished is exposed to warm drying wind, and then develops cracking over the surface of the fresh concrete.

The main causes of cracking can be attributable to the following.

The plastic cracks are of two types:

The fresh concrete when laid in deep formwork such as that of the column, wall, etc has a tendency to settle or subside. If this settlement is restrained because of obstructions like steel bars or large aggregates it causes short horizontal cracks and the subsidence because of reduction in volume is named as plastic settlement cracks.

If the accumulation of the solids in concrete can occur freely & without restraint, there will be a reduction in the volume or depth of the actual concrete cast, but no settlement cracking will take place. Some plastic settlement cracks are shown in the below figures.

Steel reinforcement near the top of a concrete section can cause plastic settlement cracking. If the formwork or shuttering is relatively narrow, concrete may arch or wedge itself across the top of the narrow space & develop cracks (See A).

Plastic settlement cracking is caused by pronounced modifications of sections such as the cracking below flared column heads (See B).

All changes in the section of through & waffle floor slabs cause more settlement in the webs than in the comparatively thin flanges and results in cracking (See C).

If the sub-base or other material against which concrete is being laid is very absorbent/absorptive like, for example, dry soil or absorptive formwork, an exaggerated type of plastic settlement cracking is likely to take place. In such cases, the cracks will generally follow the reinforcement pattern and run parallel to each other.

In slabs, speedy drying of fresh concrete at the exposed surface of concrete causes plastic shrinkage when the rate of loss of water from the surface is more than the rate at which the bleed water is available. Because of this rapid drying, the concrete surface becomes too stiff to flow but is not having the strength to withstand the tensile stresses caused by restrained shrinkage. This causes concrete to develop cracks on surfaces.

Plastic shrinkage cracks are generally parallel to each other and are spaced between 0.3m to 2m apart, up to 25mm-50mm in-depth, or even pass through the entire depth of the slab with thickness varying between 1mm-2mm.

The plastic shrinkage cracks also form an irregular pattern or a “map” pattern.

However, the most notable feature of plastic shrinkage cracks is that they do not normally extend to the slab because this is free to shrink without restraint.

The main causes of plastic settlement cracks can be summarized briefly as below:

The main causes of plastic shrinkage cracks can be summarized briefly as below:

The above parameters can independently or collectively cause cracking of concrete.

Bleeding & subsequent settlement is aggravated by rapid drying out of the concrete. Therefore, the risk of cracking can be reduced by efficient curing immediately after placing, compacting, and finishing the concrete. Alternatively, the issue of settlement cracking can be control by re-vibrating the concrete after the initial settlement has occurred. If the initial setting of concrete permits, after about half an hour to an hour of initial vibration, concrete can be re-vibrated. Often this is the only practical cure.

Rarely plastic settlement cracks pass through the entire section of concrete. They will generally stop at the steel causing the restraint. So, structural integrity isn’t normally lost but concrete durability can get affected. It is desirable to seal such cracks on exposed concrete surfaces to prevent subsequent erosion of reinforcement.

The most significant factor affecting plastic shrinkage cracking is the high rate of evaporation of water from the concrete. The evaporation rate is a function of the ambient temperature, dryness of the air, and wind speed. Dryness of relative humidity is indirectly affected by temperature. The influence of wind speed should not be under-estimated since very roughly speaking; an increase in wind speed of 8 km per hour has an equivalent drying effect of a temperature increase of 10oC. This shows the significance of taking precautions to avoid quick-drying of concrete in summer as well as on windy days by instant and effective initial curing. Evaporation should be arrested within the first 30 minutes to 1 hour after the concrete has been laid. Unless it is possible to wet cure or to provide windbreaks, the concrete should be covered with continuous white or transparent polyethylene sheets immediately after it has been laid and compacted. The significance of very early & efficient curing for the prevention of plastic shrinkage cracking can’t be over-emphasized.

However plastic shrinkage cracks typically pass right through the slab thickness, they skirt around the coarse aggregate, and aggregate interlock is maintained so long as reinforcement prevents the cracks from opening significantly because of sub-sequent drying shrinkage. Normally they may be neglected unless they are close to local shear force, e.g., around column heads or adjoining a load-bearing wall.

When the rate of evaporation exceeds 0.2 lb/ft2 per hour (1 kg/m2/hr), precautionary measures are necessary to prevent plastic shrinkage cracking.