What is Compaction of Concrete? Its Methods, Guidelines, and Duration 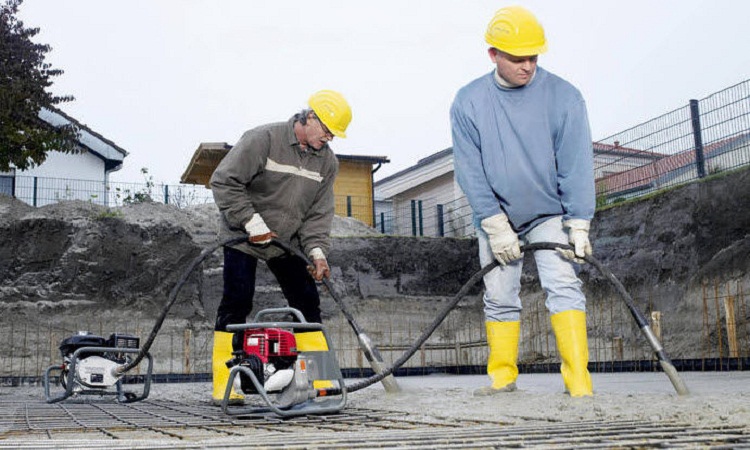 What is Compaction of Concrete? Its Methods, Guidelines, and Duration

May 16, 2021May 16, 2021
Mastercivilengineer
no comment on What is Compaction of Concrete? Its Methods, Guidelines, and Duration

Compaction or consolidation of concrete is necessary to remove entrapped air which is present in concrete after it is mixed, transported, and placed. Compacting also helps eliminate stone pockets and thereby eliminates all types of voids that may possibly be left in the concrete, causing a reduction in strength as well as durability.

Methods of Compaction of Concrete

The Importance of Removal of Entrapped Air or Voids from Concrete

The site supervisor must watch these points:

A good cohesive concrete mix will withstand over-vibration, but a lean concrete mix will segregate and result in the concrete of non-uniform strength, quality, and durability. Concrete will be weaker at the top and would develop cracks and will not perform to the extent desired.

Over vibration results in excess laitance on the top surface, this in the case of columns and wall tops can be easily removed by chipping while preparing the construction joint.

If a massive pour is required to be done it is essential to know the setting time of the mix in field conditions. This can be done by observing the compaction of a sample concrete of identical mix and in identical conditions. The poker is then inserted and withdrawn at different intervals of time-say 15 mins to 30 mins. If the poker is unable to sink into the concrete under its own weight or it leaves a hole when withdrawn slowly, it means that the initial setting of concrete has begun and the time when this happens is the initial setting time of concrete in the field.

If this time is observed, to be saying one hour, then keeping a safety margin, the placing of concrete has to be planned in such a manner that the subsequent layers of concrete are placed within 30 mins of each other, the other 30 mins being the safety period for unforeseen stoppages and unknown problems. The safety period has to be suitably increased if standby equipment or other facilities are not planned or available.

As long as the concrete is still workable (still not achieved its initial set), there is no harm if it is revibrated. Tests have shown an increase in strength due to revibration.

On walls and columns, where the finish of the surface is significant, there is sometimes a tendency for blowholes to happen in the top 600mm of a lift. The reason is that, unlike the lower layers, this top layer does not have the advantages or the weight of additional concrete on top to increase the compaction. It can be advantageous to revibrate the top 600mm of concrete after the initial compaction but before it achieves the initial set.

It is also observed, that in hot weather, concreting shrinkage cracks are reduced if the concrete pour in slabs is lightly vibrated initially and then revibrated after a lapse of time. Revibration and refinishing help reduce shrinkage cracks.

Previous article
What is Concrete Cover? Concrete Cover Specifications for Reinforcement in Different Codes
Next article
Types of Concrete Vibrators