What is Fly Ash? Physical and Chemical Properties of Fly Ash 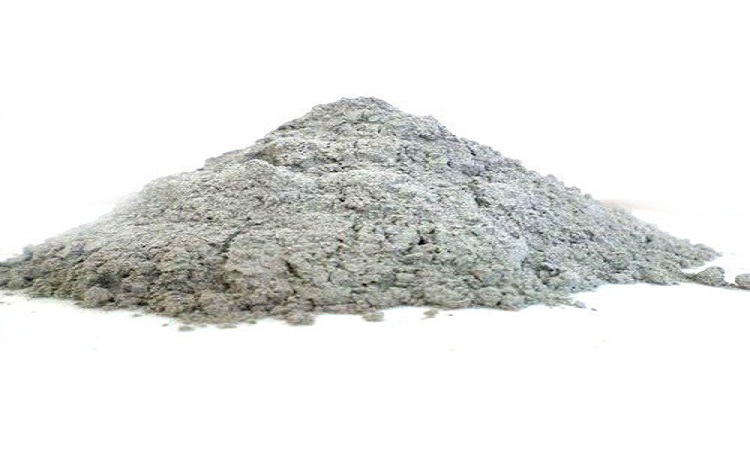 What is Fly Ash? Physical and Chemical Properties of Fly Ash

What is Fly Ash?

Fly ash, a byproduct from coal-based thermal power plants, is abundantly available in India. Estimates show that more than 100 million tons of fly ash are produced annually from around 83 major coal-based power stations. A small fraction of this is fruitfully utilized.

Fly ash is a solid fine-grained material resulting from the combustion of pulverized coal in power stations. It is one of the residues produced by flaming& comprises fine particles that rise with the flue gases. Ash that does not rise is termed as bottom ash.

In the industrial context, fly ash normally refers to ash produced during the combustion of coal. It is a waste product of a power plant. It is generally detained by electrostatic precipitators or other particle filtration equipment before the flue gases reach the chimneys of coal-fired power plants. The ash is collected in mechanical & electrostatic separators/bag filters.

Fly ash is formed during the coal burning process in the boiler. Fly ash material solidifies while in suspension in the exhaust gases and is collected by electrostatic precipitators or filter bags. Since the particles are generally spherical in shape and range in size from 0.5 µm to 100 µm. They contain most of the silicon dioxide (Sio2), which is available in two forms: amorphous, which is rounded and smooth, and crystalline, which is sharp, pointed, and hazardous; aluminum oxide (Al2O3) and iron oxide (Fe2O3). The formation of fly ash is mostly highly heterogeneous, consisting of a mixture of glassy particles with different identifiable crystalline phases like quartz, mullite & various iron oxides (Fe2O3). In dry bottom furnaces, the retention time of the coal in the boiler is between 3-10 seconds. During this time coal is burnt, non-coal particles remain partially in their original shape or form spherical particles. Bloating of molten glass phases results in hollow spherical particles. Bloating of molten glass phases results in hollow spherical particles so-called cenospheres.

Due to the different temperatures and oxygen regimes in the boiler, the ash formation process is very complex and difficult to predict. Nevertheless, from the long-term monitoring of coal properties and corresponding fly ash properties, one can predict fly ash properties possible in a specific unit.

Two classes of fly ash are differentiated by ASTM C618:

The main difference between class F and class C fly ash is in the amount of lime, silica, alumina, and iron content in the ash. In Class F ash, total lime typically ranges from 1 to 12 percent, mostly in the form of calcium hydroxide, calcium sulfate, and glassy components in combination with silica and alumina. Class C fly ash may have reported calcium oxide contents as high as 30% to 40%. Another difference between class F and class C is that the number of alkalis (combined sodium and potassium) and sulfate (SO4) are generally higher in Class C fly ash than in Class F fly ash. The chemical properties of the fly ash are greatly affected by the chemical content of the coal burnt (i.e., anthracite, bituminous, and lignite).

Based on the method of collection, fly ash is classified as Pulverized fuel ash, Bottom ash, Pond ash, and Mound ash.

Pulverized fuel ash is brought out from fuel gases by a necessary process such as an electrostatic precipitator or cyclone separator.

Pond Ash: Pulverized fuel ash or bottom ash or both mixed in any proportion and conveyed in the form of water slurry and deposited in pond or lagoon.

Mound Ash: Pulverized fuel ash or bottom ash both mixed in any ratio and conveyed in dry form & deposited in dry form.

What Fly Ash is Suitable?

Of all the fly ash generated, only the volume that is collected in dry form is more suitable for addition in cement and concrete. Though a large quantity of fly ash is available, all the ash is not suitable for use in cement and concrete. Carbon content, fineness, gradation, lime reactivity, etc. of fly ash are important properties that have a bearing on the properties of concrete, both in its fresh and hardened states. Processed fly ash is being made available in recent times.

The specific gravity of fly ash generally varies between 2.1 to 3.0, while the specific surface area of fly ash (measured by the Blaine air permeability method) may range from 170 m2/kg to 1000 m2/kg.

The color of fly ash can vary from tan to gray to black, depending on the amount of unburnt carbon in the ash. Lighter the color, lower the carbon content. Lignite or sub-bituminous fly ash is commonly light tan to buff in color, indicating a relatively low amount of carbon as well as the presence of some lime or calcium. Bituminous fly ash has generally some shade of gray. Lighter shades of gray generally indicate higher quality ash.

The chemical properties of fly ash are influenced to a great extent by those of the coal burnt and the process used for handling and storage. There are four types, or ranks, of coal, each of which varies in terms of its heating value, its chemical composition, ash content, and geological origin. The four types, or ranks, of coal are anthracite, bituminous, sub-bituminous, and lignite (See below table).

Fly ash is composed of a range of different particle types with different origins and reactivity.

Generally, 5 types of particles can be differentiated:

Production and Present Status of Fly Ash in India

According to the Central Electricity Authority of India, there are around 83 major coal-fired thermal power plants and more than 30 plants are in the pipeline in India. More than 110 million tons of ash is generated every year and is expected to reach 225 million tons by 2017. As per the Ministry of Environment and Forest, presently about 30% of ash is being used in fillings, embankments, construction, cement, block, tiles, etc. More than 65,000 acres of land are occupied by fly ash ponds. Thus, unutilized fly ash is causing enormous environmental problems and needs attention on a war footing.

In India, two standards on fly ash are available:

– Discharge by electrostatic charging and attraction by electrodes

– Possibility to select fractions of fly ash in different stages

– No fractioning of fly ash by filter stages

– Use of separation enhancers (SO3, NH3)

– No proper discharge of hoppers, shot through of coarse fly ash in later stages

For evaluation of fly ash, it is important to know that each fly ash has its specific properties and the impact factors on quality are manifold. Each fly ash source has to be seen individually with its specific characteristics.

It is important to know that types of fly ash differ in their properties depending on the coal burning, the boiler type, environmental measures, and filter systems. No information about the suitability of the fly ash can be given before studying the complete background of the ash. Each of the factors influencing the fly ash quality can be excluding factor for utilization.

Fly ash from the thermal industry is no longer considered a waste product. It has numerous applications. They are:

– In concrete as mineral admixture / as a partial replacement of cement.

– As a raw material in brick/block making

– As an embankment material

Agricultural use of Fly ash

Research on agricultural uses of fly ash has been going on in different universities and research institutes across the country for several years.

The same fly ash that causes destruction when it settles on leaves can prove beneficial when applied scientifically to agricultural fields. It can be a soil modifier & increase the moisture-retaining capacity & fertility of crops. It enhances the plant’s water & nutrient uptake, helps in the development of roots and soil–binding, stores carbohydrates & oils for use when needed, protects the plants from soil-borne diseases, and detoxifies contaminated soils.

Large scale utilization of ash as a fill material can be applied where fly ash replaces another material & is therefore in direct competition with that material. Fly ash itself is utilized by the power generating company producing the fly ash to improve the economics of the overall disposal of surplus fly ash.

As an adsorbent material of heavy metals

Studies indicate that heavy metals in fly ash are not leached out as fly ash-based concrete binds heavy metals effectively in structure.