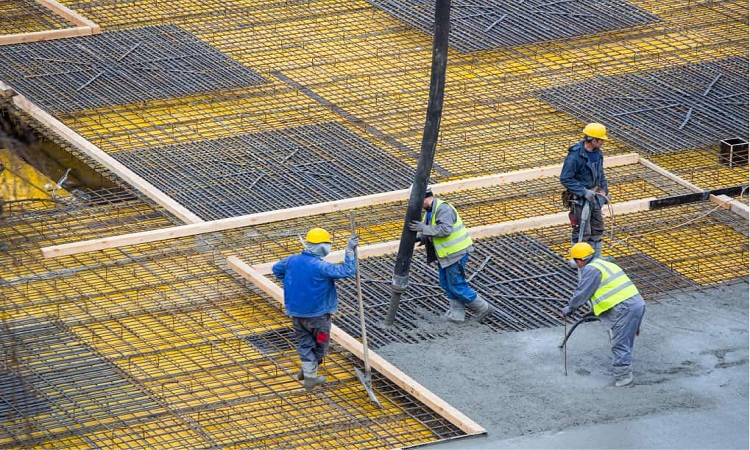 May 20, 2021May 20, 2021
Mastercivilengineer
no comment on Placement of Concrete – Recommendations for Concrete Placement

The concrete placing method will depend on the rate of concreting planned, type of structure, the quantity of concrete required to be poured in one go, the equipment or manpower available for placing and compacting concrete, formwork design, the time required for the initial setting of concrete, and even the ambient temperature under supervision.

Supervision during concreting at the placing and compacting point can play an important part in the quality of the concrete structure.

The site engineer is required to follow the recommendations given below to successfully place the concrete.

For large equipment and structural foundations, it is recommended to place concrete in layers not exceeding 500mm. for mass concrete dams, it is required that the concrete is placed in 2500mm lifts in about 5 layers at a time.

Concrete must be placed without the occurrence of the cold joint. This requires the previously placed layer to be compactable and in unset condition, even after placing a fresh layer over it. Step placing method in mass concrete is generally recommended for proper concrete placement.

If concrete is required to be placed in deep sections and through layers of reinforcement, it is recommended that at predetermined locations, preferably at 1m to 2m spacing, adequate gaps be provided in the reinforcement so that drop chutes or pipe chutes or flexible hose of concrete placing booms can enter and concrete can be placed without obstruction. This will prevent segregation. If concrete is placed in conjected reinforcement areas, it will either segregate or it will not flow into the coverage areas. This is especially observed in beam-column junctions in both slender and massive structures. The reinforcement details and placement must be properly planned both at the design stage as well as at the construction stage to avoid problems during or after the concrete placement.

Plain and massive concrete can be placed easily using skips or buckets which is discharge in one go, from a height usually between 1m to 2m. This helps the concrete to slump and spread under its own momentum and avoids heaping up.

The following precautions are necessary: