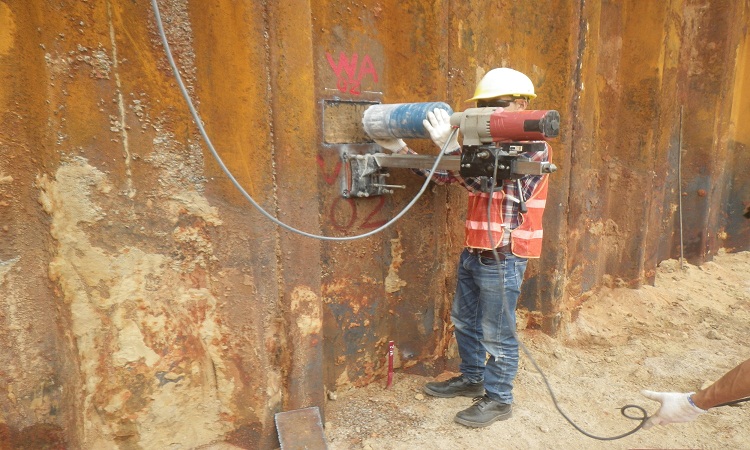 In any case, the necessity to conduct concrete core tests generally arises out of the failure of concrete cubes/cylinders to get a more realistic idea of concrete strengths as actually existing in the structural elements.

It is very important that concrete core samples should be taken as per the guidelines given below:

Concrete cores are usually cut by the rotary cutting tools with diamond bits. A cylindrical specimen is obtained with its ends being uneven, parallel, square, and embedded pieces of reinforcement.

The cores are visually inspected for giving specific attention towards the distribution of aggregate,  compaction of concrete (air void visualization), and presence of steel, etc. the concrete core should be soaked in water, capped with molten sulfur so as to make its end plane, parallel and at the right angle. It is then tested in a compression testing machine in a moist condition as per BIS 1881: Part 4: 1970 or ASTM 42-77.

Use of Concrete Core Sample