Significance of Water to Cement ratio 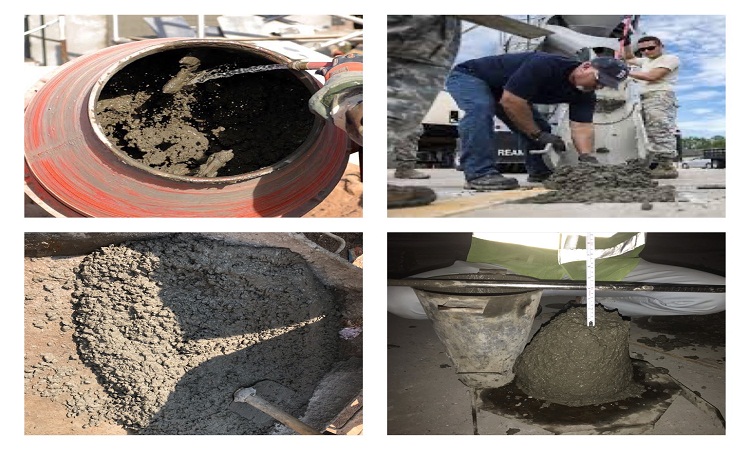 Significance of Water to Cement ratio

June 25, 2020May 20, 2021
Mastercivilengineer
no comment on Significance of Water to Cement ratio

This article is devoted to one of the most, if not the most important factor required to be specified, controlled, and insisted upon while manufacturing concrete. The significance of the Water to Cement ratio (W/C) has been understood by very few concrete producers. Many feel that controlling W/C means a reduction of water thereby producing stiff unworkable concrete mix. It is unfortunate that many in the field of concrete production have not realized that workability can be maintained at the desired level even while maintaining strict control over the low W/C. Simply put, if  water is required to be increased, cement should also be increased such that specified W/C does not increase. Another simple way is to reduce the aggregate quantity or in other words to reduce the aggregate/cement ratio of the concrete mix.

As a result W/C most often exceeds the specified or stipulated limits. Generally, low strength concretes (15 MPa or 20 MPa) are specified in our country. As good quality cement is available, the strength of these low grade concretes is achieved easily with high W/C. this results in poor durability of reinforced concrete structures.

Before analyzing durability aspects and their dependence on W/C ratios, it is essential to understand the hydration process between cement and water.

When cement is mixed with water, then hydrated cement paste is formed. The hydrated paste consists of three parts. Hydration product, anhydrous cement, and capillary pore.

As the capillary pores in cement paste reduce the strength increases and permeability of the concrete or mortar prepared using the paste decreases.

In 1918, extensive studies were conducted by Duff Abrams at the levis Institute, University of  Illinois, and the relation between W/C and concrete strength was developed. This is known as Abram’s W/C rule and is expressed by the following equation.

Where fc  is the compressive strength and k1 and k2 are empirical constant.

It was only thereafter that W/C started gaining in importance as many properties of hardened concrete are influenced by this ratio.

The W/C is difficult to define because the aggregates in the concrete absorb water within their mass, often to an unknown degree. If all the water absorbed by the aggregate particles is neglected and just water on the surface is considered along with water added to the mix then the W/C is called “free W/C”.

If water absorbed by the aggregate particles is also considered in addition to water on the surface of the particles as well as water added to the mix, then the W/C is called “total W/C”.

The free W/C has a direct bearing on the properties of cement pasted in concrete and therefore has a direct influence on concrete strength and durability. Hence W/C needs to be more accurately measured. The disadvantage, however, is that it is less easy to measure the amount of water only on the surface of the aggregate particles and without disturbing the absorbed water. Besides, this method involves getting the aggregate into a saturated but surface-dry condition. The total W/C is an as less accurate measure of the quality of cement paste in concrete. It is easier to measure by thoroughly drying the aggregate.

The term W/C ratio is likely to disappear from concrete technology in the future. Concrete mixes besides comprising of cement, comprise of many types of cementitious material like fly ash, ground granulated blast furnace slag, silica fume, rice husk ash, metakaolin, and even fillers which are added to improve the durability of concrete, especially in severe environments. Hence, this ratio will now be known as a water-to-cementitious material ratio (W/CM) or a water-to-binder ratio (W/B).

The relation of the W/C ratio with strength will, therefore, be different when cementitious materials are used and the ratio is redefined as W/CM or W/B. it may be more relevant when very early age strength is to be established as at an early stage other ingredients of cement may not have undergone significant chemical reactions. In such cases, W/C only based on the mass of Portland cement will be more relevant. The W/C ratio’s influence on strength at various ages and durability will also depend on the type of cement used.

In the case of the use of liquid chemical admixture, the liquid content of the admixture should be included in the total mass of water in the mix while determining the W/C.

Some of those cementitious materials react with the calcium hydroxide produced by the hydration of Portland cement. The type and composition of cementitious material will affect the long term volume of solid products of hydration. It must be remembered that microstructures of concrete, which influence its strength and durability, depending on the volumetric proportions of various components of hardened concrete and not on proportion by mass.

Except when concrete is fully submerged in water, some cement will be left unhydrated. It is important to consider this when hardened concrete is being examined to determine the W/C ratio of the original mix.

The traditional role of the W/C ratio is a determinant of strength. It is also an indicator of durability.

A more rational parameter is the relative density of the cement paste, which is also linearly related to strength.

It must be noted that for fully compacted concrete produced, using sound and clean aggregates, strength and other desirable properties of concrete under a given job condition are governed by the quantity of water used per unit of cement.

Strength for a given W/C may vary due to the following reasons:

As W/C governs porosity of the hydrated cement paste, the value of W/C is relevant to many aspects of durability. Besides W/C, the following are another factor which determines the durability and permeability of concrete.

The presence of water in concrete has to be viewed in a proper perspective. Water is required for assisting mixing processes of all material, for lending workability to concrete and for cement hydration reaction.

Water is present in concrete from the start. Depending on ambient temperature, environmental conditions, and thickness of the concrete element, evaporable water in capillary pores and absorbed water is lost resulting in empty or unsaturated pores. Concrete will be vulnerable to water-related destructive phenomena when the exposure of the concrete to the environment leads to the resaturation of the pores and when it is insignificant or no water left after drying.

The resaturation of the pores will depend on the hydraulic (water) conductivity of the concrete element. This is also known as the coefficient of permeability (k), commonly known as “permeability”.

Permeability of concrete is of fundamental importance especially when there is a possibility of penetration of potentially aggressive chemicals (water, chlorides, sulfates, carbon-dioxide, etc.) either in liquid or gaseous form.

The study of the structure of hardened cement and water paste shown that the hydrated cement gel contains many very fine pores which diameters around 0.015 microns and occupy 28% by volume of the total cement paste. These pores are extremely fine and therefore fine and therefore virtually impermeable.

Capillary pores are considerably larger and have a diameter up to about 5 microns and they occupy up to 40% by volume of the total cement, paste depending on W/C used and the extent of chemical hydration which has taken place.

Voids larger than capillary pores would generally be entrapped air or voids resulting from inadequate placing and compaction of concrete. Generally, entrapped air to the extent of 1 – 2% of the total volume of concrete is expected to be present. To a much of entrapped air and voids must be avoided by using good mix design, god supervision, and quality control of all steps for concrete manufacture.

It is therefore extremely important to have low permeability by controlling the volume of the capillary pores by specifying and controlling the W/C at the site. Powers and others have shown the significance of W/C and the degree of hydration on the coefficient of permeability.

In figure A it is observed that the coefficient of permeability rapidly increases once W/C increases above 0.55.

The time necessary for cement paste which has been kept continuously damp to hydrate sufficiently for the capillary pores to be blocked has been investigated by powers and others and given in table 1 below.

Table 2 – Reduction in permeability of cement paste (W/C = 0.70) with the progress of hydration

It is logical to assume that by adding of aggregate particles of low permeability in the cement paste, permeability of the system will reduce because the aggregates would intercept the channels of flow within the cement paste matrix. In figure clearly indicates, on the contrary, that the addition of aggregates to cement paste or mortar increases the permeability considerably. It is also observed that the larger the aggregate size, the greater is the coefficient of permeability. The permeability coefficient for moderate strength concrete (containing 38mm, aggregate, 356 kg/m3 cement and 0.50 W/C) and low strength concrete used in dams (containing 75 to 150 mm, aggregate 148 kg/m3 cement and 0.75 W/C) are of the order of 1 x 10-10 and 30 x 10-10 cm/sec respectively.

The W/C is the ratio by weight between water and cement. The selected W/C must be the lowest value required to meet the following design considerations.

It is extremely important to first select W/C ratio based on the environmental conditions or exposure conditions within which the concrete structure is to be constructed.

The requirements of durability as per IS 456, for various environmental or exposure conditions, are given below in the table.

Requirement of durability as per IS : 456

Note 1: When the maximum water-cement ratio can be strictly controlled, the cement content in the above table may be reduced by 10 percent.

Accuracy of batching allowed, both for water and cement, is generally between + 1% to 3%. Therefore the likelihood of variation of W/C can be

While investigating the quality of concrete in an existing structure, the issue of determination of W/C comes into dispute. This gives rise to two main problems.

It is not possible to establish the original W/C of the concrete mix during its production. Thus it is always safer to justify quality by specifying and determining the compressive strength of concrete and establishing criteria for evaluation and acceptance based on the same.

Many sites in one country do not give importance to W/C. most often 1:2:4 concrete is still used where W/C > 0.8. This is one out of the many reasons, for poor durability of concrete structures needing costly repairs and rehabilitation.

When concrete is made using very high Water/Cement, as stated above, large capillary pores in cement paste allow high permeability of water along with other chemicals like chlorides and sulfates (if present) which cause determination of concrete. To constituent durable concrete structures, it is essential to specify low W/C but since W/C is difficult to measure or control, it is sensible to specify high strength (over 30 MPa) of concrete so that durability requirement for maximum W/C and minimum cement contents are fully satisfied.

Simple and accurate tests to determine W/C of fresh concrete have still not been developed. At present, such tests are cumbersome and not accurate. In any case, adequate care has to be exercised in batching of water, cement, and cementitious materials to control the W/ or W/CM or W/B. these ratios control permeability and hence durability of concrete. They are thus responsible for the strength of the concrete.