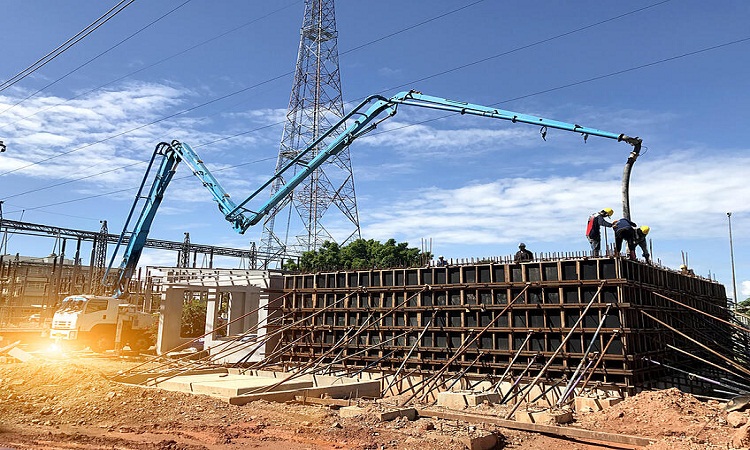 May 31, 2021May 31, 2021
Mastercivilengineer
no comment on Checklist for Pumped Concrete, Site Planning, and Precautions

Pumped concrete moves as a cylinder riding on a thin lubricating film of grout/mortar on the internal diameter of the pipeline. Before pumping begins, the entire pipeline’s interior diameter must be coated with either grout or a specialized commercial primer using the methods for 100% coating of the pipe walls as recommended by the manufacturer. Once concrete flow through the pipeline is set up, the lubrication will be maintained as long as pumping continues with an appropriately proportioned & consistent mixture.

A steady supply of pumpable concrete, defined as a mixture that is necessary for satisfactory pumping. A pumpable concrete requires good quality control; that is, it is uniform, has appropriately graded aggregate, and its materials are uniformly batched and mixed thoroughly.

The following points must be taken care of by site personnel if successful pumping of concrete is to be achieved.

Additional Points to be Noted for Pumped Concrete

The main reasons for blockages are: